How Does Zelle Make Money?

Everything You Need to Know About Credit Unions

Without a doubt when it comes to everyday financial decisions, banks are what come to mind for the majority of consumers. This is the case for deciding between checking and savings accounts, mortgage options, credit cards and a long list of other financial products. Banks have a dominant position in personal finance and they are default option for the majority of consumers in the United States and elsewhere. But credit unions are an option that should not be overlooked. While on the one hand, credit unions have membership requirements which in turn means that you can’t automatically join or get access to their financial products, there are now enough of them operating in the country that it is extremely likely that you are eligible to join several of them. And as we discussed in our in-depth article on Credit Unions vs. Banks, and discuss further below, there are a number of unique benefits to considering a Credit Union when deciding where to open financial accounts.

The Difference Between a Credit Union and Bank 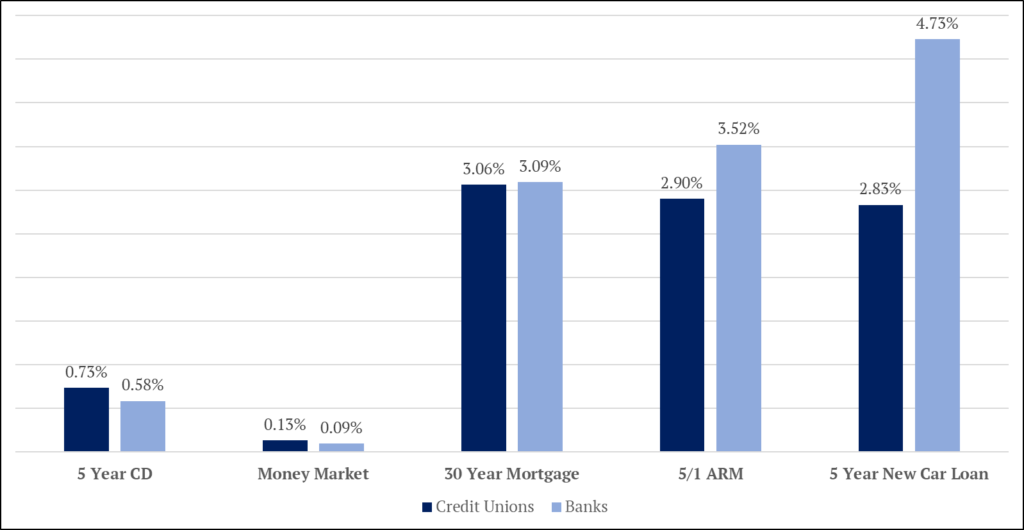 What Our Survey Said About Credit Unions

Our first 2022 consumer survey had a several interesting points to consider for consumer habits, banks and credit unions. Some of the data points from the survey are a helpful starting point for those less familiar with credit unions:

The Different Types of Membership

Credit unions are only open to those who are eligible for membership. Eligibility can be based on your employer, family, where you reside or due to your membership in a particular group. The group itself could be a labor union, place of worship or homeowner’s association. Credit unions have as of December 2021 130 million members across the United States according to the National Credit Union Administration (NCUA). The existence of membership requirements makes credit unions less accessible than banks almost by definition. Banks do not have such requirements and are more or less open to anyone, although there are implicit limitations based on geographies. However, many people may not even realize that they’re eligible for membership with a credit union. In some cases, people aren’t even aware that they have access to a credit union in their community. For Federal credit unions there are three types of charters:

The Role of the NCUA